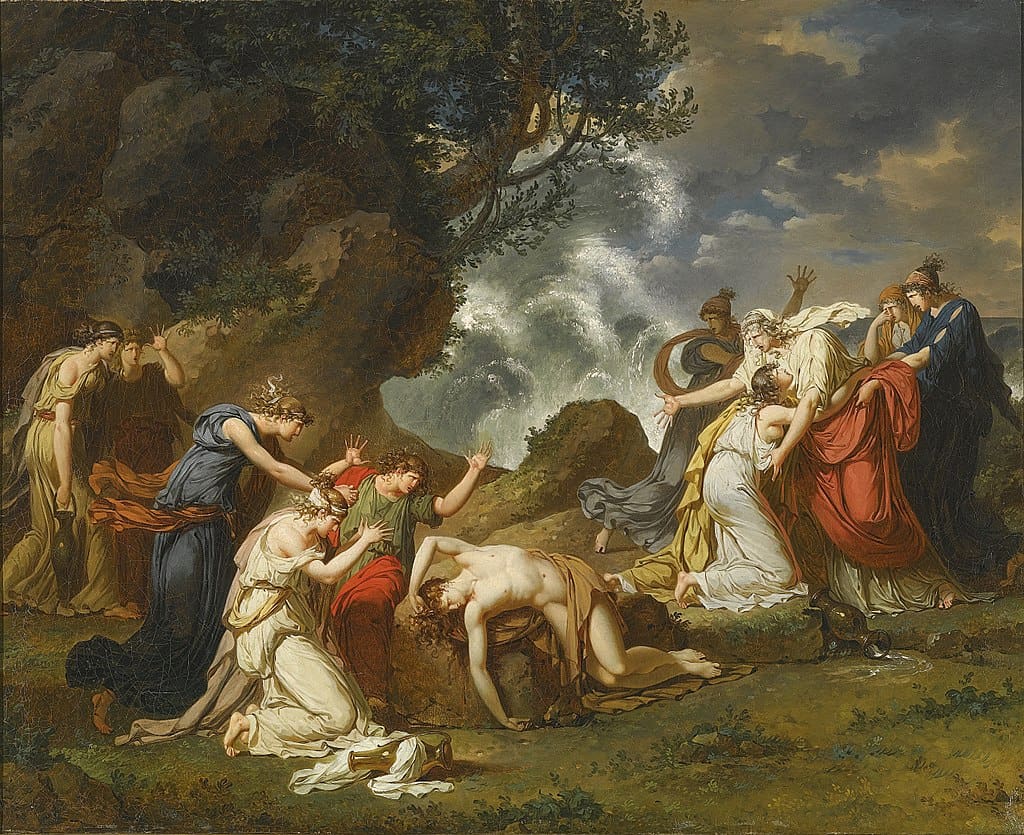 The story of Alcyone and Ceyx is one of the most famous narratives of Ancient Greek mythology. A classical story of love and metamorphosis, it portraits the eros between a young couple, Ceyx and Alcyone, but also its tragic fate. This is a classic example of hubris, where mortal beings tried to imitate gods, and thus being punished for it. Nevertheless, the eros between the two lovers was so strong that neither the gods nor the hands of death could set them apart. From this myth also derives a well-known phrase, the Halcyon Days.

The Story of Ceyx and Alcyone

The beautiful Alcyone was the daughter of Aeolus, the Greek god of the wind, and Enarete. She was the devoted wife of Ceyx, king of Trachis in central Greece, who was the son of Eosphorus, (Morning Star), and his partner Philonis. Ceyx was a just ruler who took great care of the well-being of his subjects. The exceptional physical beauty of the couple, as well as the profound love they had for each other, even gained the admiration of the gods.

The couple was happily married in Trachis, and they often used to playfully call on another Zeus and Hera. However, this behavior caused the fury of Zeus, the father of the gods, who regarded it as audacity and stepping out of the human boundaries. Therefore, Zeus patiently waited for the right time to punish the young couple who dared to consider themselves godlike.

Ceyx was deeply troubled by some strange events that took place in his kingdom and was mourning over the death of his brother, Daedalion, who was also transformed into a hawk by the god Apollo. Therefore, he decided to consult the oracle of Apollo in Ionia. In order to do that, he had to cross the Aegean Sea, something that his wife Alcyone tried to dissuade him from doing, claiming that sometimes the winds were uncontrollable and extremely dangerous. She also tried to persuade Ceyx to take her with him; by he could not bear putting his beloved wife through unnecessary danger.

The father of the gods decided that this was the perfect opportunity to punish the couple for their sacrilege. Launching a thunderbolt, he created an immense and unstoppable hurricane that engulfed the ship, which began to sink. Realizing that his end was near before he drowned Ceyx prayed to the gods to allow his body to be washed ashore so that his wife Alcyone could find it and perform the proper funeral rites. Ceyx’s father, Eosphorus, watched from the skies unable to help his son who was grasping for his final breaths.

While Ceyx was away, Alcyone prayed day and night to the gods for the safe return of her husband. Hera was profoundly moved by her sorrow and decided to send a messenger to her to inform her about the tragic fate of Ceyx. Thus, Morpheus, son of Hypnos, appeared in Alcyone’s dream, informing her about the tragic circumstances concerning the shipwreck and the death of her husband.

Being profoundly shocked, Alcyone rushed to the sea, beating her breasts and tearing her garments. She then located the body of her beloved husband and performed the proper rites for his death. However, since she was unable to live without him, she threw herself in the sea and were drowned, determined to see Ceyx once again in the kingdom of the dead. Even the gods of Olympus were moved by the profound love of Alcyone for her husband, a love that defeated death himself. So in the end, Zeus decided to transform the couple into Halcyon birds.

The legacy of the myth today

The phrase Halcyon days derives from the beautiful myth of Alcyone and Ceux, since according to tradition, for two weeks every January, Aeolus, father of Alcyone, calms down the winds so that Alcyone, in the form of a halcyon bird can safely create her nests on the beach and lay her eggs. Thus, the term ‘halcyon days’ has come to signify a period of great peace and calm. At the same time, these days can be seen as a message of optimism and hope, a reminder of the power of eros and of the impermanence of human existence.