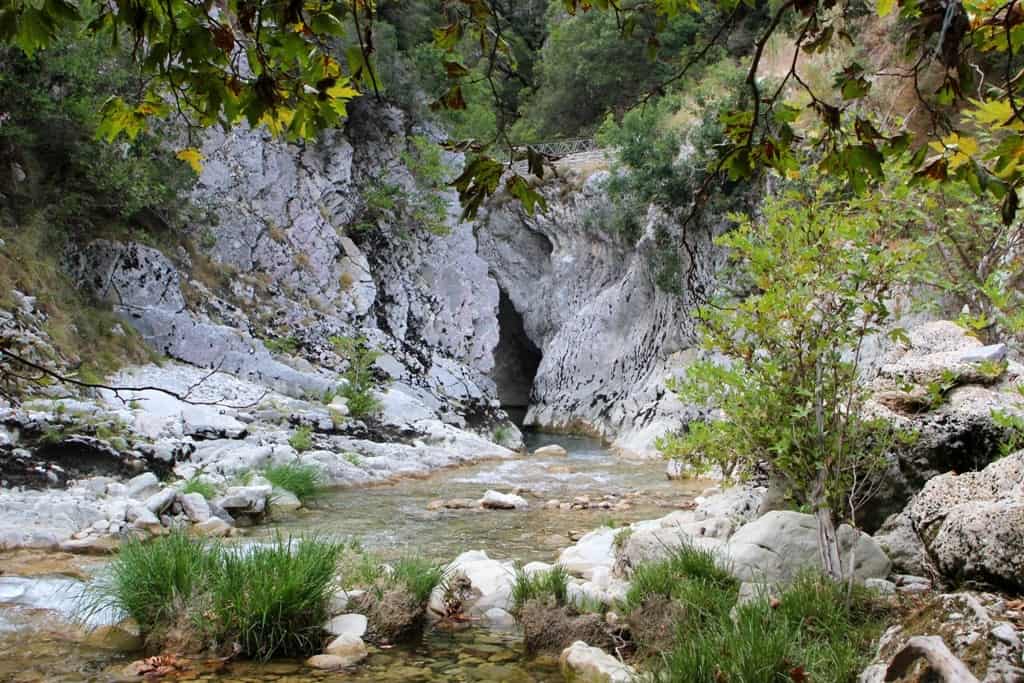 Known as one of the most famous figures in Greek mythology, Hades was the god of the Underworld, brother to Zeus and Poseidon. In some cases, Hades is also called Pluto (God of Wealth). When he and his brothers defeated the Titans, each received a part of the cosmos: Zeus received the skies, Poseidon the sea, and Hades the Underworld, while the solid earth, the province of Gaia, was available to all three at the same time.

Hades ruled over the souls of the dead, who according to Homeric tradition, dwelled underneath the surface of the Earth. The locations of entrances to the domain of Hades were not always confronted with sorrow, by in many cases were considered the starting point of a journey for spiritual purification and transformation.

The Underworld is also known for the river Styx which formed a boundary between the living and the dead, and for Cerberus, a three-headed dog that guarded the gates to prevent the dead from leaving.

Hades was also known through his wife Persephone, the daughter of the goddess Demetra. According to myth, Hades fell in love with Persephone and wished her as a wife. He conspires with Zeus and the two came up with a plan to trap her. Therefore, as she was playing with her companions in the fields, they caused the ground to split underneath her.

However, the pain of Demeter caused by the loss of her daughter was immense, and so Hades agreed to make a pact with her: for six months, Persophone was allowed to live with her mother on the surface of the earth, symbolizing the seasons of spring and summer, while the rest of the year she had to live with Hades, Thus, the myth of her abduction represents her function as the personification of vegetation.

In any case, there many places in Greece that are related to the Greek god Hades and his kingdom. Although these places are a bit hard to locate, they are indeed unique and truly wonderful.

Where are the gates of Hades?

Cape Taenaron is situated in the peninsula of Mani in southern Peloponnese, between the Laconian and Messenian Gulf. The cape took its name from the mythical hero and son of Zeus, Taenarus, who was believed to have built a settlement nearby. In ancient times, Cape Taenaron was known as Poseidon, a worship place for the god Poseidon.

This cape has been associated with Hades since ancient times because a cave network in the area was believed to be the entrance to the Underworld. According to myth, this was the place that was guarded by Cerberus, the three-headed hound with a brazen voice, which prevented the dead from escaping.

This is also considered the cave through which Heracles descended into the Underworld to fight Cerberus, and through which Orpheus, the legendary poet, and musician, traveled down in order to bring his beloved wife, Eurydice, back to life.

Also located at the Mani region of the Peloponnese, at a close distance from Cape Tainaron, Alepotrypa is a cave formed in a natural rock, full of stalactites and stalagmites. This place may have been one of the original locations to inspire the myth of physical entrance to the underworld.

The name Alepotrypa literally means ‘fox hole’ and it is now an archaeological site since it is one of Europe’s biggest Neolithic burial sites. Excavations indicate that this location was used for burial and cult purposes dating back to the 4th millennium BC, and the remains of 170 persons have already been brought to the surface.

The archaeologists also claim that it is possible that the cultural memory of the burial site at Alepotrypa had become associated with Tainaron by the classical period.

One of the gems of the Peloponnese, the Neda Waterfalls and Gorge is situated in Kyparissia, in the region of Elis. In Greek mythology, Neda was a nymph, a goddess of the waters, who also nursed Zeus. It is also interesting to know that this is the only river in Greece that has a ‘female’ name.

The passage that cuts through the gorge was believed to be one of the portals to the Underworld. The river passes by steep ravines, lush gorges, and dark, mysterious caves, while the waterfall is indeed spectacular and one of the most photogenic in Greece: it is 50 meters high and plunges into a pool in which you can swim.

The whole area projects a mystical aura, while locals even claim that many unexplained things happen here that can affect your perception of time and space.

In the Thesprotia region, you will discover one of the most beautiful gates of Hades in Greece. Here you will see the river Acheron, through which the souls traveled on a boat to get into Hades. The name of the river means ‘joyless’ or ‘lament’, although the area is most wonderful, which thick plantation on the sides of the river.

On the banks of the river, you will find the ruins of the Necromanteion. Situated at the meeting point of the Acheron, Pyriphlegethon, and Cocytus rivers, this was a temple dedicated to Hades and Persephone, where people went to receive advice concerning the afterlife or to meet the souls of the dead. It is believed that the temple consisted of two levels, with the underground one relating to mystical practices, also famous for its acoustics.

The Necromanteion was the first sanctuary and oracle of the gods of the underworld to be brought to light by archaeological excavations.