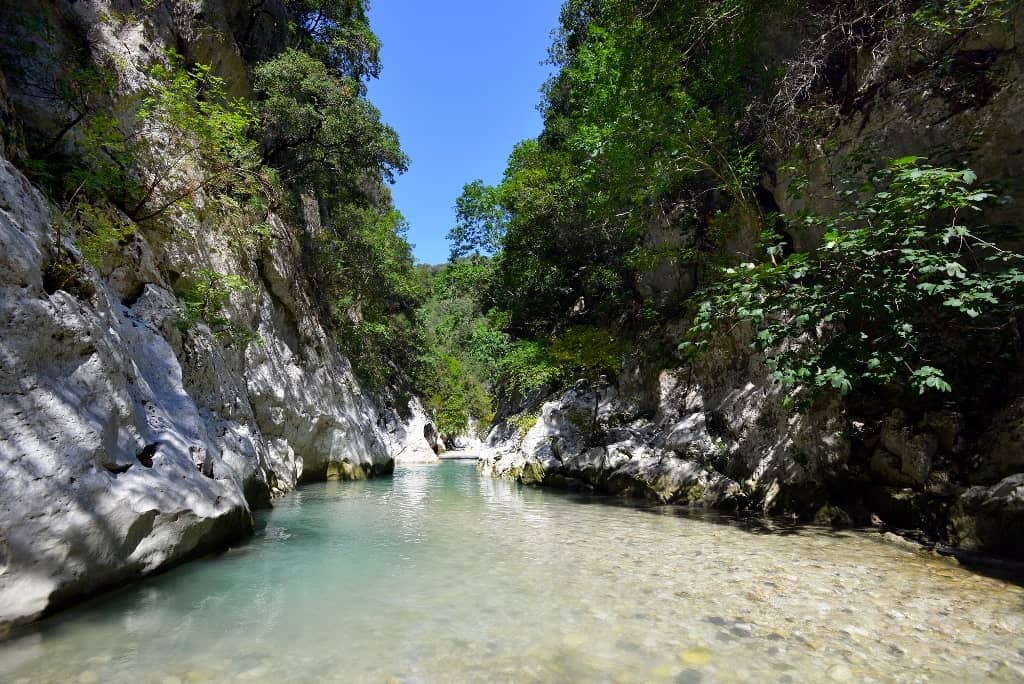 For the Ancient Greeks, the Underworld was a physical place under the surface of the Earth where the souls of the dead dwelled for eternity. Hades was the god that ruled over this part of the world, and thus it was under his dominion. However, while the Underworld was considered the land of the dead, according to myth the place also hosted living beings, such as meadows, fruit trees, and other geographical features. Among the most famous were the five rivers of the Underworld, each of which had a specific function and a unique character, named to reflect an emotion or god associated with death.

The Five Rivers of the underworld in greek mythology

The river Styx is the most famous and the main river of Hades, circling the Underworld seven times thus separating it from the land of the living. In Greek, the word Styx means to hate or abhor. The river was named after the nymph of the river, a daughter of the Titans Oceanus and Tethys, who was said to live at the entrance of Hades and to have prehistoric roots in Greek mythology. According to Herodotus, the river Styx originates near Pheneus and flowed out of Oceanus, the great river of the world.

Homer used to call Styx “the dread river of oath”, since Zeus used a golden jug of water from the Styx to settle disputes among the gods. The water of the river is also where Thetis dipped her son, Achilles, with the goal of making him immortal, although forgetting one of his heels. It is said that Cerberus, a terrifying three-headed dog, which Hercules fought during his final labor, waits on the further side of the Styx where Charon lands with the shades of the departed.

Plato was the first to mention Lethe as one of the rivers of the underworld in his famous book “The Republic”. The word Lethe actually means oblivion or forgetfulness, since the waters of this river erased the memories of the dead in order to make them oblivious to their earthly existence. The word is also related to the Greek word Aletheia (truth), which through the privative alpha literally means “un-forgetfulness” or ‘un-concealment”.  The river takes its name from the Lethe, the goddess of forgetfulness and daughter of Eris, who watches over the river. It was also known as the Ameles potamos (river of unmindfulness) and flowed around the cave of Hypnos, the god of sleep.

In some myths, Acheron is considered the principal river of the Underworld, displacing the Styx. The river was also known as the River of Woe or the River of Misery, and it was believed that the ferryman Charon used to transport the dead across the Acheron from the upper to the lower world with his boat. The Roman poet Virgil also called it the principal river of Tartarus, from which the Styx and Cocytus both sprang.

In Dante’s Inferno, the Acheron river forms the border of Hell, while Homer described Acheron as the river into which Cocytus and Phlegethon both flowed. The river flows near the ruins of the Necromanteion, the oratory of the dead, while Plato, in his dialogue Phaeadon, identified Acheron as the second greatest river in the world, excelled only by Oceanus.

The River Phlegethon was also called the River of Fire because it was said to travel to the depths of the Underworld where the land is filled with fire—specifically, the flames of funeral pyres. The river leads to Tartarus, the place where the souls of the dead were judged and where the prison of the Titans was located. The Roman poet Vergil used to describe the surroundings of the river: “With treble walls, which Phlegethon surrounds/Whose fiery flood the burning empire bounds.” Plato also described it as “a stream of fire, which coils round the earth and flows into the depths of Tartarus”.

According to a later myth, the goddess Styx was in love with Phlegethon, the god of dwelled in this river, but she was consumed by his flames and sent to Hades. Eventually, Hades allowed her river to flow parallel to river Phlegethon, thus reuniting with her lover once more.

The river Cocytus, also known as the River of Lamentation and Wailing, flowed in a deep cavern in Tartarus. According to Homer, the river was a branch of river Styx and flowed into the river Acheron, on the other side of which lies Hades. If any of the souls of the dead had not yet received a proper burial or could not pay the necessary fee for their transportation, Charon refused to ferry them over, and the riverbank of Cocytus would become their wandering grounds, where they would cry and scream for eternity. This was also the river where the punishment of murderers took place.